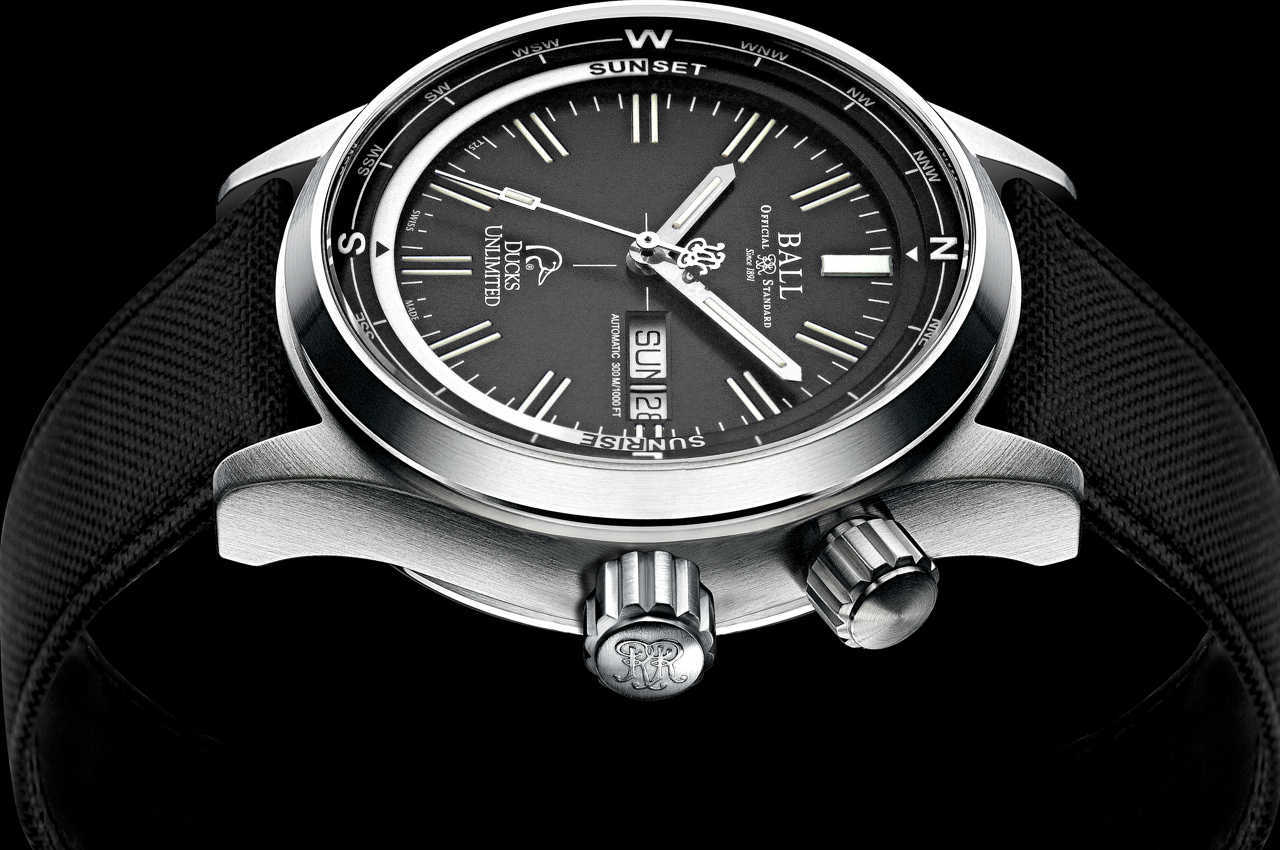 There are a number of things that set the Ball Watch Company apart from their peers, and some are more obvious than others. For one, they are unmistakably distinguishable thanks to the fact that often, Ball uses tiny gas-filled tubes to illuminate the watch’s functions, which seemingly ‘switch on’ in low light conditions in a sharply defined neon glow.

Ball watches have also established a strong reputation as manufacturers of hardy and reliable timekeepers, for a considerable following of professionals and active outdoor sports enthusiasts worldwide.

Constructed to cope with much of what its wearer can throw at it, the Engineer Master II Sportsman is typical of the Ball DNA thanks to its crisp, clear legibility, its durable construction and of course its high-grade Swiss automatic movement within.

To commemorate the year of the founding of the Ducks Unlimited wildlife and waterfowl charity, the Engineer Master II Sportsman is a limited edition of 1937 pieces, designed for the outdoors in an ultra hard-wearing titanium case. Despite its 44mm size, the Sportsman is light on the wrist, and the dull silvery colour of titanium and water resistant black nylon strap add to its purposeful character.

Beneath the sapphire crystal, the dial is matte black with clearly defined markings, day and date windows located at the 3 and the Ducks Unlimited logo just above the 6. A Ball signature are the H3 tritium gas-filled tubes which emit a piercing glow in low light environs, and with twenty-six tubes used to highlight the hours, minutes and seconds hands, as well as the hour markers on the dial, it’s a compelling feature for those who depend on instant, at a glance referencing.

Around the dial, a sunset/sunrise indicator and the solar compass markings on an inner rotating bezel also glow in the dark, and in these conditions, the watch takes on a different persona. This inner bezel is controlled by using the second crown at the 2 o’clock position.

The titanium case back, which has been moulded with the Ducks Unlimited crest, ably protects a Swiss made ETA automatic self-winding movement which beats inside and boasts a power reserve of some 42 hours.

Underscoring its all weather, all purpose construction, the Engineer Master II Sportsman is also quite at home under water, and with a rating of 300m (1,000ft), it’s certainly a respectable diver too.