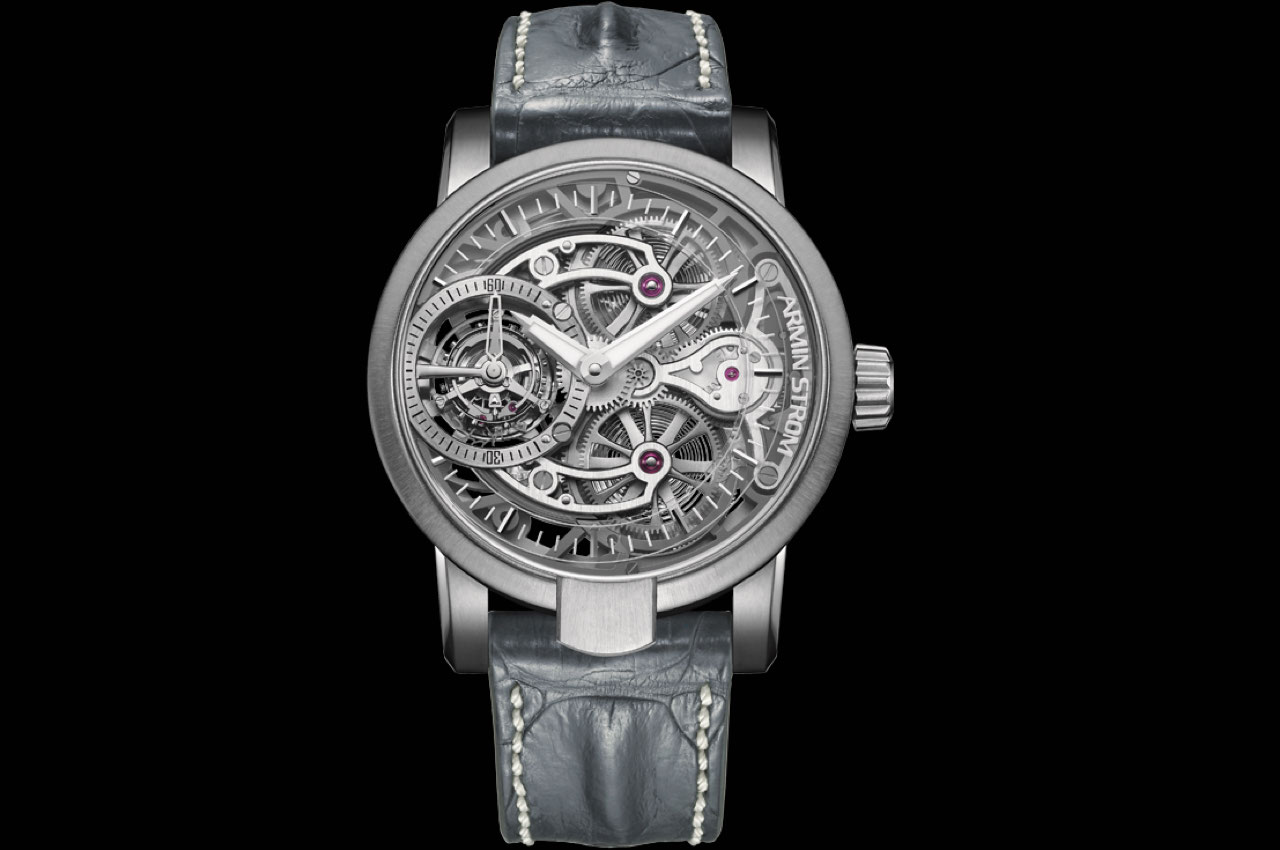 Established in 1967 by master engraver and watch restorer Armin Strom, his eponymous brand has certainly come a long way from the relatively modest beginnings of the backroom workshop, behind his shop in Burgdorf, where his talent and demand for his unique craftsmanship eventually led on to the creation of his first watch in 1981, and the founding of his own watch brand.

From where its operations are based today, in its modern atelier in Biel/Bienne, over the past ten years the Armin Strom manufacture has progressively been making its presence felt in the world of high-end independent watchmaking, as a manufacture watchmaker of complications in its own right, and defined by the tab at six o’clock its watches are recognised as much for their quality as for their distinctive appearance.

One of a themed collection which celebrates the four elements, the Tourbillon Skeleton Air is a quite magnificent piece which boasts technical complexity and an arresting beauty, and it accentuates the brand’s signature forté of contemporary skeletonisation with its exposed mechanical sculpture within.

Beneath the domed sapphire crystal, the monochrome silvery tone of the titanium case is perpetuated throughout this exceptional piece, thanks to the color-neutral silver-grey PVD coating on the movement’s stripped back components, and the open three-dimensional, see-through display.

With the main dial reduced to a ring of the sapphire crystal where luminous steel hands pass around laser engraved indices and markers, the inner workings are fully revealed beneath. Making use of the movement’s architecture, with the positioning of the two open barrels, the contrast of the two large ruby stones and the polished bridges which attach to the sixty-second ring, there is a very distinct symmetry, and the attention to the hand finished detailing throughout makes this piece stand out.

Animating the dial, inside the seconds ring, the mesmerising rotation of the tourbillon is a constant source of motion and using a pointer the intricate regulating element indicates the seconds.

Turned over and a sapphire case back further reveals the twin barrels which store and release the energy for the hand winding movement as it beats at 18’000 vph over a ten-day reserve. Given a matte frosted finishing treatment, the hand winding calibre ATC11-S is largely developed in house, and is a testament to the craftsmanship and invention which today define this independent watch company.