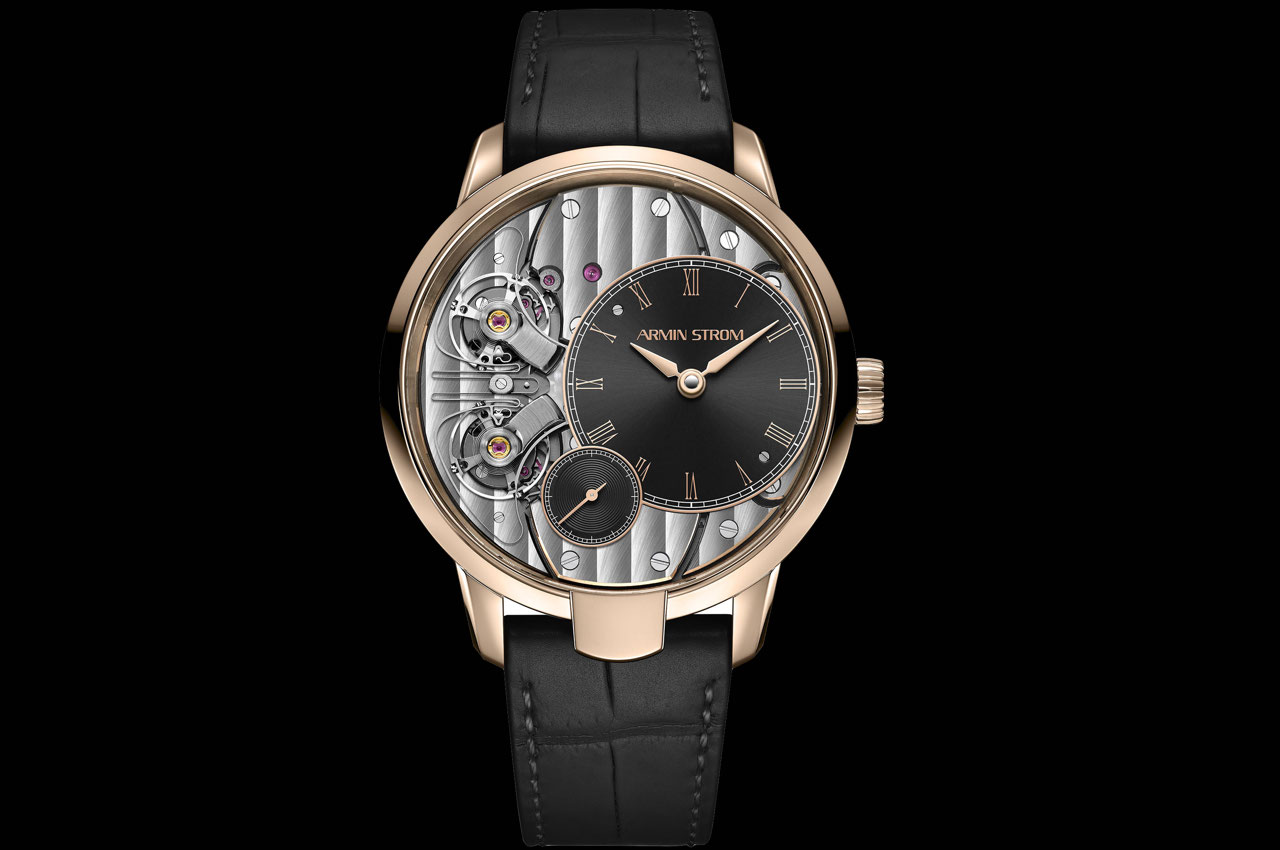 Although founded in 1967 by master of skeletonisation and engraving, Swiss watchmaker Armin Strom, it’s only in the past ten years that the brand which bears his name has really become part of the independent watchmaking firmament, and indeed, thanks to its astute business management the company is today a strong and progressive force in the sector, its collections becoming ever more innovative and complex.

In the Pure Resonance Fire the craftsmen at the Armin Strom atelier in Biel/Bienne have created a remarkable wristwatch, which plays with one of those fascinating little quirks of physics in a truly mesmerising display of constant graceful motion, against a backdrop of beautifully finished steel components and topped off with a black dial and the sunray effect which catches the light with each movement of the wrist.

Using the curious phenomenon of resonance to ensure a constant force delivery of energy between the twin barrels and time displays, the Pure Resonance Fire features not one but two balance and escapement assemblies, which are visible on the pared-back face of the watch, kept apart but positioned precisely where the gravitational pull of each one on the other means that each beats at exactly the same frequency, returning to that pace even should they be knocked out of sync by the shock of an impact on the watch. Between the two, a single fine spring of the zigzag clutch flexes in time with the balance wheels and so the release of the combined energy is smooth and unwavering throughout the 48 hours of power reserve.

Beneath the sapphire crystal, the dial area comprises the brushed lines of côtes de Genève striping on the bare steel plates of the movement, and just above, the hours and minutes are displayed via gold hands on a black dial, which has a fine gold minutes track around its edge, punctuated by slender Roman numerals. A smaller subdial with snailed finishing displays the seconds, and with all of the elements combined the effect is quite captivating and leaves no doubt that this is a rather special piece.

Turning over the 42mm case of polished rose gold, and a sapphire case back reveals the twin barrels which store and release the energy for the hand winding movement as it beats at 25,200 vph over 48 hours. Finished with circular côtes de Genève striping, the caliber ARF16 is largely developed in-house and is a testament to the craftsmanship and invention which today define this independent watch company.