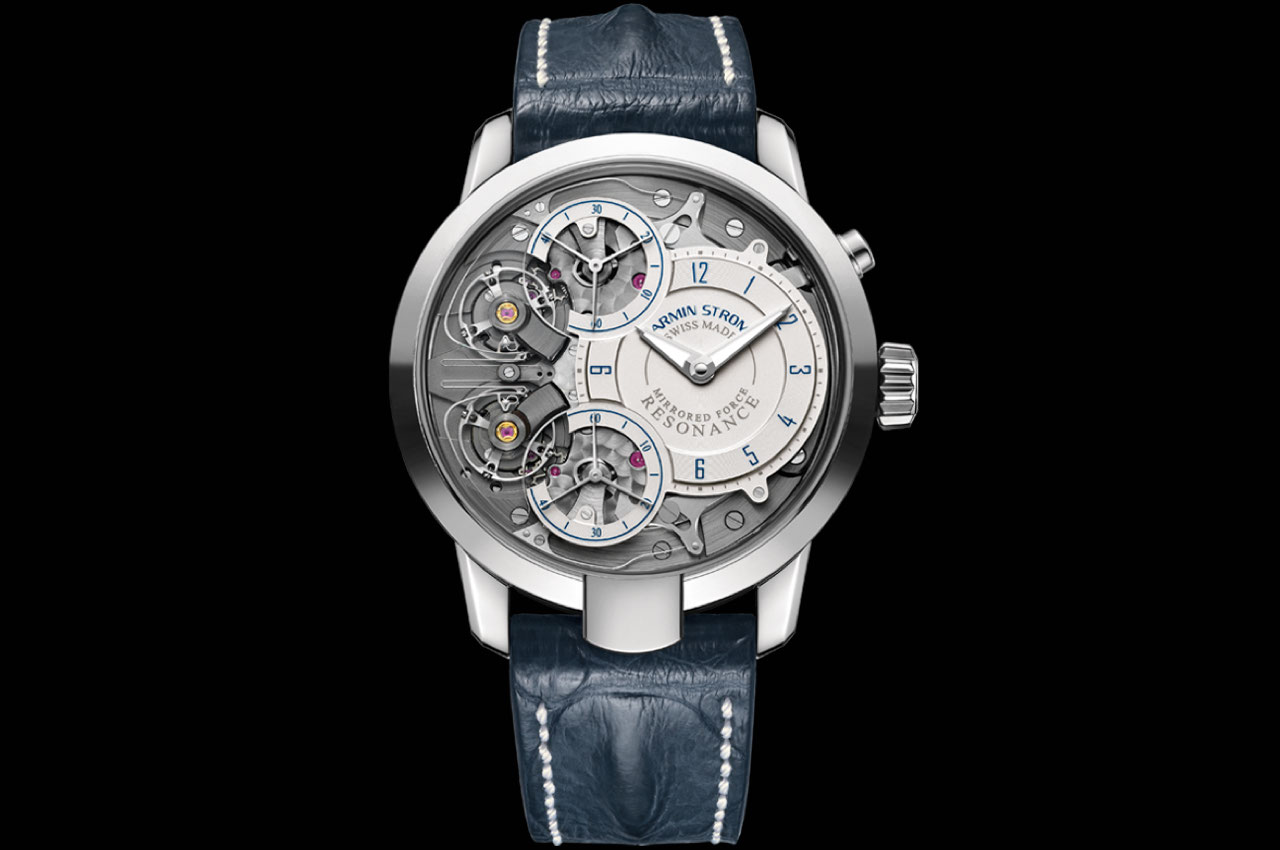 Long renowned for his expertise in the art of skeletonisation and engraving of a watch’s most intricate components, as well as working on his own projects, Swiss watchmaker Armin Strom developed an enviable client list of watch manufacturers who would commission his talents for the delicate finishing of their movements, which would go on to amaze collectors around the world, thanks to the absolutely fastidious attention to detail of his marvellous creations.

Essentially operating on his own since opening for business in 1967, along with only a few able watchmakers assisting in his small atelier for much of his professional career, in 2006 his eponymous company welcomed on board talented young blood, who could see a changing landscape for independent watchmaking. And so, from a brand new modern atelier in Biel, what was once little more than a one-man operation, most of whose work was behind the scenes of larger internationally recognised brands, Armin Strom began its evolution from the person to a company which would soon stand firmly upon its own reputation.

Combining the Strom mastery of skeletonising with one of watchmaking’s most challenging and fascinating complications, the Armin Strom Mirrored Force Resonance Water is a spectacular piece of complexity, intricacy and constant animation, which accentuates the journey this small brand has taken, to become a manufacturer of true Haute Horlogerie watches in its own right.

With its name derived from the cool colour combination of stainless steel and white dial section with subtle blue detail, the Armin Strom Mirrored Force Resonance Water is presented in a round 43.4mm case which features a screw-in crown, a pusher for resetting the seconds, as well as the brand’s distinctive tab at the six o’clock position.

Beneath the gently domed crystal, the open display reveals the elaborate mechanical heart, and the off centred hours and minutes dial next to the unusual inclusion of the mirror effect of two second dials which run counter to each other, thanks to the equally unusual paired balances and the continuously pulsing spring clutch between them, which keeps the two oscillating in perfect synchronicity. In fact, it’s the black magic of resonance and the precise proximity of the balances to each other, which means that, even after having been knocked out of sync by an impact, curiously return to the same harmonious frequency, without erring inaccuracy.

The hours and minutes are displayed on a white dial, with blue Arabic numerals and steel hands with a luminous coating, so even although offset to allow an unrestricted view of the superb synchronised regulating mechanism, still guarantees ready legibility at a glance.

Turned over, and a sapphire case back reveals the twin barrels which store and release the energy for the hand winding movement as it beats at 25,200 vph over 48 hours. Finished with circular côtes de Genève striping, the calibre ARF 15 is largely developed in house and isa testament to the craftsmanship and invention which today define this independent watch company.