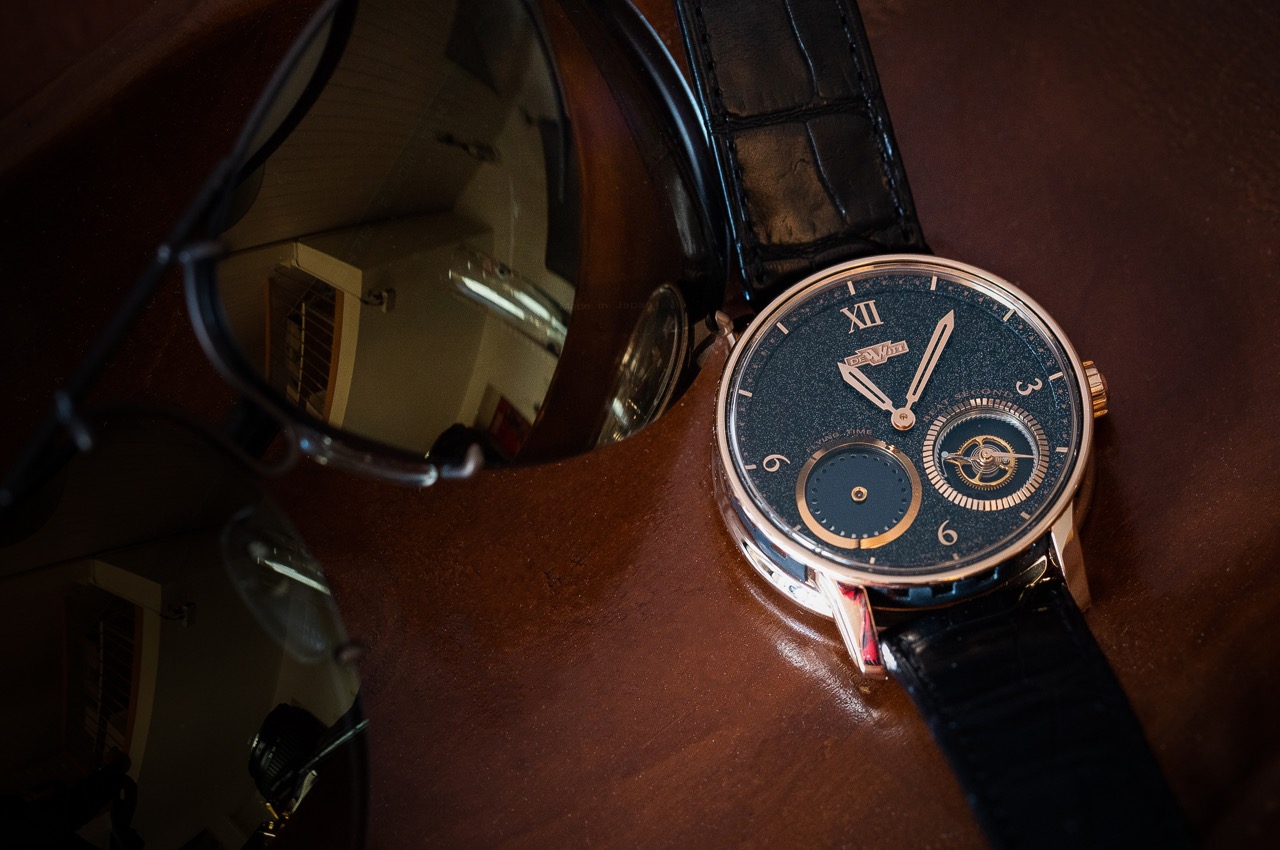 Complex, yet emotive, the DeWitt Academia Out of Time watch embodies the DeWitt Manufacture’s commitment to the pursuit of watchmaking excellence.

On a shimmering, black galvanic dial, the meticulously polished rose gold appliqué numerals and open-worked hands mark the hours and minutes. But, taking up almost the entire lower dial, a pair of indications, one with a polished golden rim, the other surrounded with a precious fluted frame, immediately demand attention.

The striking displays have a common purpose. They both indicate the passing seconds.  However, thanks the ingenuity of De-Witt’s Master Watchmakers, they do so with extraordinary diversity.

At the 4 o’clock location, the dead beat display, which serves as both a regulator and an indicator of the seconds, has a hand which ticks, once per second with a noticeable and very precise pause between each.  At the 7 o’clock  position, DeWitt have endowed this watch with a patented “flying time” display, with a disc which whirrs, as if at random, but which also completes each rotation in one precise second.

By creating this compelling contrast between the seemingly unstoppable march of time passing freely without control and the orderly quartz-like partition of the minutes in 60 orderly increments, DeWitt have created a truly unique feature. This is a timepiece which celebrates the company’s technical prowess, while offering the wearer a thought-provoking, poetic view of the passage of time itself.